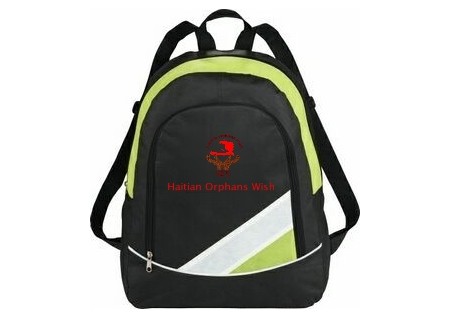 Over the years, H.O.W found that dealing with hunger and providing shelter were only a couple of the problems facing these children. Lack of access to education remains a key obstacle to social and economic development in Haiti and H.O.W is doing something about it. We are donating about 1,000 of these bookbags and school supplies to orphanages and other institutions who are providing them with an education.

More than 90 percent of primary schools are privately managed by non-governmental organizations, churches, communities, and for-profit operators, with little to no government oversight. Approximately 75 percent of teachers lack adequate training. Annual school expenses account for about 40 percent of income for low-income families, serving as a financial burden for families with children in school. The January 2010 earthquake resulted in damage or destruction to 50 percent of primary and secondary schools, according to the Government of Haiti.”